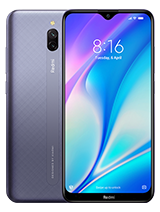 The global smartphone sales race is a competitive one that has long been dominated by a couple of well-known names at the top of the scale. The Samsung-Apple hegemony has long been a feature of the phone market.

However, a shift has been confirmed, as Xiaomi's continued growth and impressive sales have finally seen it break into the top two, with the company replacing Apple as the world's second-largest phone seller in Q2 2021.

Its market share was a sizable 17 percent, trailing Samsung's 19 percent lead, and that's a level it's never reached before, with Apple trailing at 14 percent. However, this represents growth for each and every one of those businesses.

Apple's expansion is a measly 1%, which is why it has dropped to second place. Xiaomi, on the other hand, saw an 83 percent year-on-year increase, demonstrating the company's meteoric rise.

The data come from Canalys, which has added some context to the sales figures, noting that Xiaomi's sales surge was fueled by its lower-cost handsets and that increasing sales of its flagship handsets, such as the Mi 11 Ultra, would thus likely be a priority for the manufacturer moving forward.

Of course, whether it will maintain its position is another question - Apple will, as usual, surge back later this year with the release of new iPhone models, so you can expect its numbers to rebound to some extent.