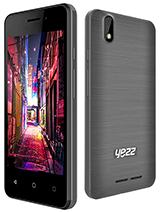 The New Samsung Foldable To Compete Against iPhone Fold

Though Apple keeps us waiting (and guessing) for its much-rumored folding smartphone, Samsung follows a different set of guidelines. The company is yelling from the rooftops about how the future of smartphones which unfold – and its latest concept is very cool.

The S-Foldable from Samsung is a "bi-folding" concept, meaning it folds in two places (like an 'S'). The amorphous mobile comes in three sizes and maybe a game-changer for multi-tasking creatives. If the video below is any indication, it might be the first foldable (let alone triple-foldable) phone to make our list of the best camera phones.

The video, released as part of Display Week 2021, shows off a few cool ideas, including a 17-inch foldable laptop/tablet and the company's latest under-display camera technology. The S-Foldable, however, is the most enticing. Other than the fact that it has an OLED display, Samsung has revealed nothing about the unit.

But, though the device appears to be exciting, keep in mind that folding phones haven't exactly had the best of starts. Samsung's own Galaxy fold proved to be somewhat crack-prone, and foldables, in general, have yet to take off. Perhaps it's no surprise that Apple is taking its time.

We've seen many crazy ideas in the last few months, from rollable phones to translucent TVs (seriously). Time can say if Samsung's S-Foldable will eventually (no pun intended) break into the foldable market.